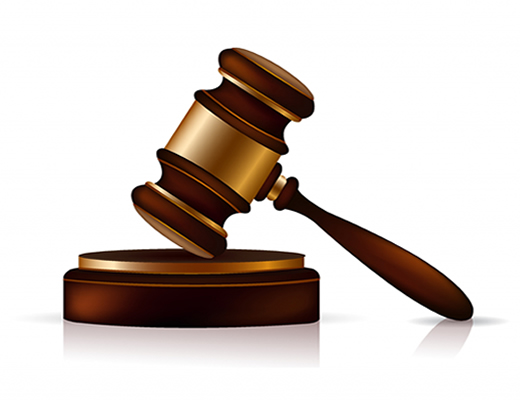 Our law firm has been acting as  company and branch officer liquidators for slightly less than two decades, providing all the relevant , main and ancillary, services  from A to Z  i.e. from drafting and filing (with Iranian Registry of Companies) Registration Minutes down to running notice of completion of liquidation process in the Iranian Official Gazette and running through the whole statutory process including mandatory notices (dissolution, the three calls for any eventual creditor to come forward within the prescribed deadline….) in the Iranian Official Gazette (Journal of Companies) and a wide circulation daily as well as securing all the necessary clearances (tax, social security, municipality as well and  any other public or private entity), settling up with  redundant staff and squaring accounts with any other transacting party , collecting and remitting to Clients any and all commercial receivables and any other open accounts.

Upon mutual agreement and against a reasonable additional fee, we can also name one of our offices as the main seat of liquidation (it is mandatory to designate premises for liquidation in the notice of dissolution)  so much so that the entity going into liquidation can dismantle its own office upon dissolution .

It is important to note that the Commercial Code of Iran (IR-CC) contains four important topics whereas one of them is related to the business organizations. The IR-CC recognizes seven types of commercial companies which could be associated with the following types of business:

As a result of placing international sanctions against Iran, many foreign establishments have suspended their transaction with Iran and some of them proceed to close down their legal companies. In this article, we decided to briefly explain about the legal formalities for dissolution and liquidation of joint stock companies in Iran.

General Rules for Dissolution of a Joint Stock Company

An Iranian joint stock company may be dissolved, if and when certain requirements are met. Art. 199 IR-CC provides that:

“A joint stock company must be dissolved:

When the company has carried out the task for which it has been formed or if the carrying out of such a task becomes impossible; or
When a company has been formed for a fixed period which has expired, unless the period has been extended before such expiry date; or
When it becomes bankrupt; or
When an extraordinary general meeting has passed, for any reason whatsoever, a resolution to this effect; or
When a final judgment is issued by the courts of justice.”
Based on the above article and in practice, generally there are two options for dissolution of a joint stock company in Iran: (A) Request for dissolution through Corporate and Non-Commercial Registration Institution Bureau and (B) Request for dissolution through the Court.

Moreover and based on Art. 101 IR-CC, the general meeting shall be managed by a directorate composed of a chairman, secretary, and two supervisors. The chairman and supervisors will be elected among the shareholders of the company, but it is not a requirement for the secretary of the meeting to be a shareholder of the company.
In case of meeting all requirements for holding the extraordinary meeting and approving the respective resolution, the resolution should be submitted before CNCIRB. The request will be studied by CNCIRB’s experts and if everything is fine, CNCIRB will announce the dissolution of the company and will publish the notice on dissolution of the company in the Official Gazette of Iran. Thereafter, the formalities for liquidation of the company will commence.

By taking into consideration the above, a company could be dissolved through CNCIRB if the requirements on the manner of holding the general meeting and making decision in such meeting are fulfilled. Otherwise, the application for dissolution of the company shall be submitted to the court.

At this stage, we would like to bring one scenario as an example: In case a shareholder of a joint stock company holding the majority shares (e.g. 97% of shares) requests for dissolution solely, it is most likely that CNCIRB rejects the shareholder’s request as a result of not fulfilment of provisions of the Commercial Code. In such case the requirements of Articles 83, 84 and 85 IR-CC are met but provisions of Art. 101 IR-CC remains unfulfilled. Based on such Article, it is required to have at least three shareholders of a joint stock company be present in the extraordinary general meeting. Such requirement is mandatory. A shareholder holding 97% of the shares is only considered as one shareholder while for dissolution of such joint stock company, two more shareholders are required.

Dissolution through the Court

The application for dissolution could be submitted before the court based on the instances of Art. 202 IR-CC as follow:

“In the following cases, any interested person may apply to the court for the winding-up of a company:

When no measures are taken with a view to carrying out the objectives of the company within one year after formation or, if there is a break in the activities of the company, for more than one year.
When a general meeting of the company is not held for the purpose of approving the accounts of each of the previous fiscal years up to ten months after the period fixed in the articles of association.
When the position of all or a number of directors of the company or that of the managing director of the company has remained vacant for a period exceeding six months.
In the case of sections (1) and (2) of Article 199, when an extraordinary general meeting is not held or, if held, no resolution is passed for the purpose of winding up the company.”
It takes usually nine months to one year for the issuance of a verdict on dissolution of a joint stock company by the court. Subsequent, the verdict should be submitted to CNCIRB for fulfilment of requirement on liquidation of the company.

Either the joint stock company may be dissolved through CNCIRB or through the court, a person as liquidator and the place of liquidation should be appointed and determined in the resolution or court verdict (as a case may be). The liquidator may be a person among the shareholders or someone outside the company. Upon publishing a notice of dissolution in the Official Gazette of Iran, the dissolved company should request CNCIRB to declare the commencement of liquidation and shall publish the respective notice in the Official Gazette and in one of the Iranian circular newspapers. Following that, the liquidator shall start liquidation. Based on the Commercial Code, no distribution of the assets, whether during the liquidation proceedings or thereafter, shall take place unless the notice stating the commencement of liquidation and the call for creditors have been published three times, with an interval of one month between each call, both in the Official Gazette and in the circular newspaper and at least six months have elapsed from the publication of the first notice.

The request for dissolution or liquidation of a company in Iran has to be submitted to the Corporate and Non-Commercial Institution Registration Bureau (CNCIRB), the governmental authority that registers all legal entities in Iran. However, in certain cases, the shareholders may submit their demand to a court. Please contact our team of lawyers in Iran to find out what these special cases are or how to open a company in Iran.

Liquidation of companies in Iran takes place after the dissolution stage. Dissolution of a company means that the activity is ended, however in the liquidation stage, the company loses its legal entity.

After the dissolution of a joint stock company through the CNCIRB or the court, the resolution or the court verdict appoints and determines a party that enacts as the liquidator, as well as the place of liquidation. The liquidator can be one of the shareholders or a person separate from the company.

The liquidation process consists of the following stages:

• ending of the activities ;

•  collection of the debts of the company

•  undertaking any new transactions necessary for the fulfillment of the obligations.

The liquidation is a range of operations meant to:

•  collect the credits;
•  pay the debts;
•   convert the assets into cash;
•  distribute  the cash obtained among the company’s shareholders.

Our law firm also can offer advice on debt collection in this country.

Grounds for Liquidation in Iran

A joint stock company liquidation in Iran happens in the following situations:

Our  lawyers are specialized in dealing with the complex aspects of the legal issues concerning business development and company liquidation in Iran, having a proven track record of satisfied foreign investors who always come back for further legal advice in Iran.

Dr. AMIRSHAHI law firm in Iran can offer thorough assistance for the liquidation of a company in Iran. Please contact our attorneys for further information or if you need any other legal advice related to business development in this country.

Top of Form
Bottom of Form 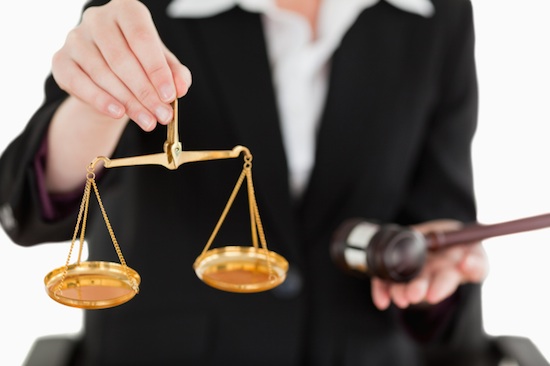 Company Formation & Registration in Iran: How to establish and incorporate an entity in Iranian mainland and its free trade and special economic zones

Foreign investors can now establish their company with 100% ownership of the shares and control of their business. This can be an advantages to some of the companies willing to be more involved in the Iranian market providing them with more security and stability as a foreign investors. There are Two types of companies which can be registered for foreign investment opportunities:

The formations of limited liability partnership is deemed to have taken place when the capital in cash has been fully contributed and when non-cash contributors have been assessed and delivered.

Foreign Companies can establish a branch of their company in order to conduct their business in Iran. The Branch will be a foreign company and act as a branch under mother company and may operate in the following areas of activities:

There is a minimum national wage applicable to each sector of activity fixed by the Supreme Labor Council which is revised annually. In 2017 the minimum wage, determined by the Supreme Labor Council, was about US$250 per month (US$3,000 per year). Membership in the social security system for all employees is compulsory. According to several statistics-releasing centers including Majles (Parliament) Research Center , the national poverty line for 4-person households in Tehran was around  $9000 per year in 20156

Foreign nationals are prohibited from working in Iran unless they receive work and employment permits (even if they are supposed to receive wage and salary outside the Iranian territory).

The general guideline of the custom laws of Iran does not prohibit any other goods from entering the country other than the list below but usually certain permits and licenses are required in order to clear your goods from customs.

Alcoholic drinks;
Gambling tools;
Weapons, ammunition and explosive goods;
Narcotic drugs;
Magazines, photos, films and snaps and those goods, which are against religious and national dignity of the country.
Any type of writings which are against the official religion of the country and /or disturbing discipline and public purity and national dignity.
Those types of goods which have legitimate and legal prohibition and /or their import and export have not been allowed according to the customs tariff table or special rules
Import Registration

The import of all importable commodities by the governmental or non-governmental importers except in following cases will be subject to registration and receiving import certificate from the Ministry of Commerce upon observing other stipulated rules and regulations.

Trade certificate is a document for import or export of products. Trade certificates are issued by the Chamber of Commerce, Industries and Mines in Tehran or other provinces for the qualified applicants for a period of one year.

The import before export of raw materials and goods needed for manufacturing, finishing, preparation and packaging of export commodities